Here is the last episode of my Old Women. Visibility. Trilogy.

In Part I from Oct. 29 I mentioned, among other things, that it is not uncommon to rejuvenate characters in film and television through casting, i.e. to have older characters played by younger actors. Since I’ve received several questions about this, I‘d like to talk about this today again, with a bit more detail.

Can they actually do that?

A never-ending discussion revolves around the question whether actors can take on a role that, unlike them, is white / black / brown / Eastern European / Asian / flawless / handicapped / young / old / good-looking / fat / slim / heterosexual / homosexual / transgender / female / male / stable / psychotic / depressed / boring / stubborn / cheerful or has a different nationality and mother tongue. Many deny this, at least in relation to certain characteristics, others say “Yes, because you don’t have to have murdered anyone to....”.

I think it depends.

Regarding age: Is it bad if someone younger is cast for an older role and the older age is simply claimed, or if a role is unceremoniously made younger or older so that the desired casting fits?

I think that also depends. 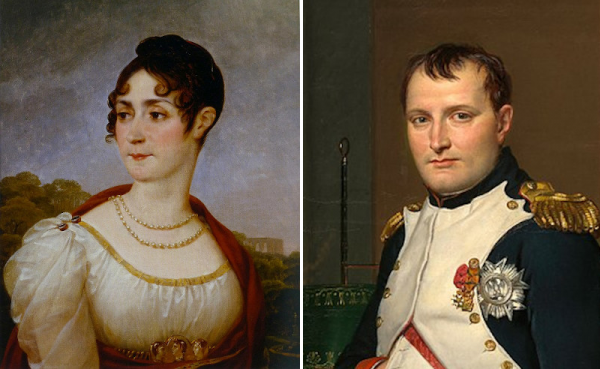 When I’m watching a film or a series and some of the constellations or characters seem a bit strange in terms of age, I sometimes research the ages of the people involved, both the actors and the historical figures.

Of course, it’s perfectly okay that we actors are not only cast according to our exact age. On the one hand, because age is sometimes simply not that important, and on the other hand, because not all people of the same age group have the same appearance and the same physicality (see photo gallery in Part II from 1.11.). Then there are the make-up artists, and finally some films take place over a longer period of time, i.e. the characters have to age.

THE CROWN project takes a rather pragmatic approach here: the main and most important supporting actors and actresses are replaced every two seasons in order to keep up with the pace of the ageing of the real characters. The transitions may sometimes seem a little jerky: At the beginning of season 1, Queen Elizabeth is 21 years old, at the end of season 2 she is 38, actress Claire Foy was 32/33 during filming. At the beginning of season 3, the Queen is still 38, but the new actress Olivia Coleman is already 45, 12 years older than her predecessor, and you can see that. At the end of season 4, the Queen was 64 and Coleman 46. In seasons 5 and 6, Imelda Staunton is taking over the lead, and when the events of 1992 are filmed in 2022, she will be the same age as the Queen was then, namely 66.

That’s the kind of thing that plays itself out. In the original series DALLAS and DENVER CLAN, for example, it seems to have happened more often that actors and actresses took a break or dropped out altogether and were replaced by colleagues who sometimes looked quite different. But this only bothered the audience, the other characters in the series never noticed anything.

The very successful 26-part British family series THE FORSYTE SAGA, shot in black and white in 1967, went a different way than THE CROWN. With the same actors and actresses (except for children and adolescents) for the 40 or so years narrated. For example: Joseph O’Connor and Kenneth More played father and son: “Old Jolyon” and “Young Jolyon” Forsyte. The actors were 4 years apart in age, the Forsyte characters 41 years. So O’Connor was playing “up” all the time. He was just under 60 when filming, his character initially 80 years old, who dies 8 years later. More was around 53 at the time of filming, so he was playing “up and down”, Young Jolyon is 41 at the start of the novel and TV series, he dies at 73. I’ve watched a few episodes, it’s done quite believably.

Eric Porter (1928-1995) played the protagonist Soames Forsyte (31 to 71 years old) at the beginning of 39, – type in Forsyte Saga and Eric Porter into the image search of your trust (i.e. not google), there you can see him and the impressive make-up by Ann Feriggi. And if Porter’s face looks familiar to you just before Christmas: yes indeed, he is in LITTLE LORD FAUNTLEROY as well (Hello Michaela!).

If however, in contrast to the above-mentioned two Jolyons, parent-child constellations in a film are not credible, it causes an unnecessary irritation – or are some women really supposed to have become mothers at the age of 12? (e.g. in the German telenovela HAND AUFS HERZ). Or that peers at a class reunion don’t seem to be the same age (see Cleverer Girls), or that childhood acquaintances are 17 years apart as in KEINOHRHASE / RABBIT WITHOUT EARS. Or siblings are 4 years apart as children and 14 years as adults (THE SPLIT – Diversifying Casts). Or characters are far too young for their claimed professional careers (see On Actresses and Other Working Women).

If it shouldn’t fit let’s change it

It is slightly annoying is when a character is drastically rejuvenated without any need. More so it’s the female part of a couple. Why? Because women are supposed to be younger? Just as they are supposed to be smaller than men? There are funny old photos, e.g. of filming with short actors and tall actresses, where two-person shots either he stood on a stool or she stood in a hole. Yes. Seriously. (You can sometimes find this in royal wedding photographs as well by the way).

I don’t mean the small age shift in the two main characters: Daniel Domscheit-Berg, born in 1978 as Daniel Berg,  played by Daniel Brühl who’s the same age, and Julian Assange, born in 1971, played by Benedict Cumberbatch, 5 years younger than the real person. I’m referring to the character of Anke Domscheit-Berg, born in 1968 as Anke Domscheit, and thus 10 years older than her husband-to-be Daniel. In the film, she is embodied by Swedish actress Alicia Vikander, born in 1988.

Why? Because the protagonist is not allowed to have an older wife? Would his criticism of Assange, his actions have been less credible if we see him 10 years younger than his partner? Would the film have flopped more at the box-offices as a result? Or is it that they simply couldn’t find a suitable actress born in the late 60s or early 70s? Oh, by the way, I just realized: I’m only 2 months older than Anke…

And if you’re thinking now, It doesn’t matter, it’s just about a minor character, and whether she’s older or younger makes no difference. Well, then she could just have been older, couldn’t she.

KITBAG – a film about Napoléon Bonaparte, soon to be directed by British director Ridley Scott (83), based on a book by David Scarpa.  (A big thank you to Nicky Clark, who tweeted about this. Nicky started the Acting Your Age-Campaign in 2018).

Joaquin Phoenix (b. 1974) is set to play Napoléon. Joséphine will be played by Jodie Comer (b. 1993). The two are currently 47 and 28 years old, that’s a difference of 19 years. Their historical characters were 6 years apart, with her being the older one. So they rewrote some 25 years just like that. Downwards, mind you. Of course, Scott could have asked Isabelle Adjani, a brilliant French actress who doesn’t look her 66 years at all. And having a Frenchwoman in the main cast of this project, one who has also played an award-winning queen (LA REINE MARGOT), might not have been so bad either. And at the same time it might even have been a novelty, or can you spontaneously think of a film, based on a true story, in which the older, female half of a couple was cast even older?

The same-old, also much younger-looking Costa Rican actress Giannina Facio, who has also filmed with Scott several times, will probably be seen in KITBAG at least in a cameo appearance.

And once again, a married couple that really existed is being age-censored.

A wife older than her husband is not possible in a film. Not even in the year 2022.

If you like to please email me more film examples or add them in the comments and I will include them in this article. This way can start collecting for reference. (The comment function is not working properly at the moment, so unfortunately only I can see what you write).