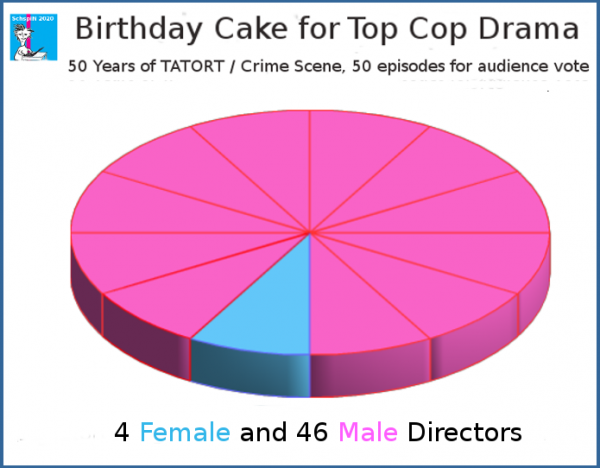 A look at my nine years of TATORT evaluations shows that the average share of female directors in 2011 – 15 is similarly low with 8.7% female directors. After that, however, a tentative upward trend can be seen. The average value for 2016 – 19 is 17 %. This was preceded in 2014 by the First Diversity Report by the BVR Bundesverband Regie German Directors’ Association for 2010-13 and the founding of Pro Quote Regie / Pro Quota Directing (plus the start of my analyses, the blog SchspIN was launched in 2013). 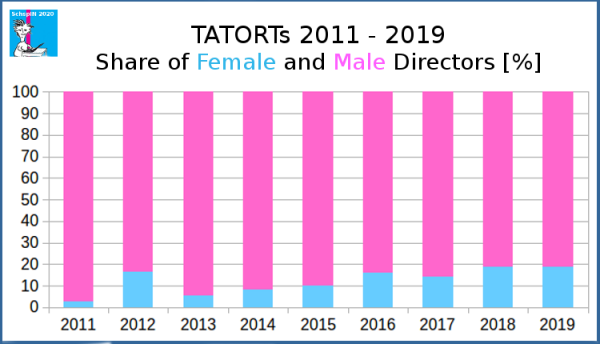 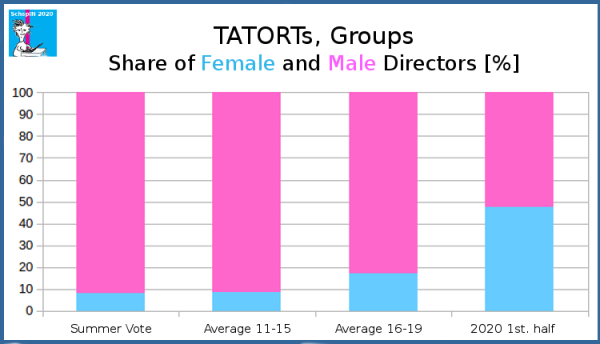 “There you go!!!” comments WIFT Germany board member Cornelia Köhler.

Age and Experience of Female Directors

21 films are not a large data base, but a look at directors‘ age is quite interesting nonetheless as the following figure shows. This is similar to the age of actresses and actors in main casts: women are younger. So maybe not only the working years of actresses are significantly shorter than those of their male colleagues, but also those of women behind the camera. But this requires further and thorough research. 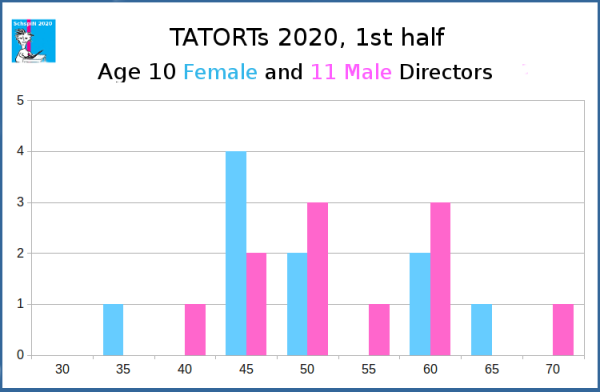 Today‘s last figure shows the number of TATORTs that each director of the first half of 2020 has aloready worked on. What do we see? No female director, no matter how old, did more than two TATORS. For the men we find four with more than two films in the TATORT series. At the top of the list we have Torsten C. Fischer and Jobst Christian Oetzmann with 12 and 9 respectively. 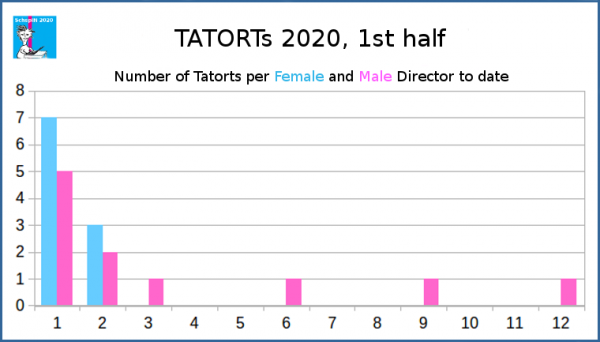 To end with another quota, the audience ratings: Nina Wolfrum had the most viewers in the first half of 2020 with NIEMALS OHNE MICH. Friederike Jehn followed in 3rd place – as the female first director in 25 episodes of Stuttgart-TATORT – with DU ALLEIN. And on 6th place it‘s Petra K. Wagner with DIE GUTEN UND DIE BÖSEN, for which she won the special prize for directing at the German TV Crime Movies Festival 2020 in Wiesbaden. In 2nd, 4th and 5th place there are the TATORTs directed by Felix Herzogenrath (KEIN MITLEID, KEINE GNADE), Christian Theede (DAS FLEIßIGE LIESCHEN) and Christopher Schier (LASS DEN MOND AM HIMMEL STEHEN). (Source for the audience ratings: Prisma 6/24/20.)

The audience seems to get along fine with 50:50.

In the third episode we take a look at the authors of the 50 Wunsch-TATORTs.