In December 2021, I was interviewed by Italian journalist, sociologist and author Stefania Medetti. She currently lives in Thailand and runs, among other things, the English-language blog The Age Buster, which focuses on the topics of age, age valuation and ageism / age discrimination. The interview along with Stefania‘s introductory text about her experiences in Germany were published on 13 Jan 22 under the title Demand Change.

With Stefania’s kind permission, I am publishing the German version today. Grazie sincero! 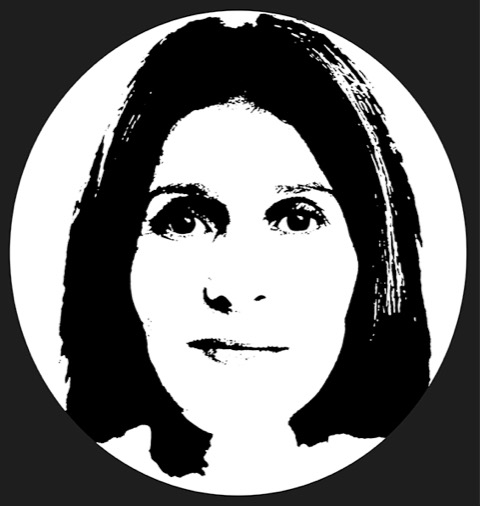 It was all because of my love for cats that on a frosty St. Valentine’s morning I found myself under the high arches of the Milan Central Station. Standing in front of the train that would have taken me to Germany, I looked at the tracks extending outside the building in a foggy, yellow-pale light. I thought about my grandmother who, a fifteen-year old, got on a steam-engine train to come to the city to work as a maid. Two generations later, a bit older then her, I was traveling in the direction she came from (she was born on the border with Austria) to work as an au pair and improve my German. The family wanted a Spanish candidate, but in my introductory letter I mentioned cats and this convinced them I was a good fit anyway. As the train travelled east and then northeast, the plains first and the vineyards later passed in front of my window. When the train reached the Alps, we travelled through a narrow valley between two high walls of mountains and then the names of the railway signs were written in German.

By the time I left the Hauptbahnhof in Munich, it was snowing. Specks of snow dotted my dark green faux fur coat as I hopped into a pale yellow Mercedes taxi. In a pre-internet time, the address of my destination was written on a piece of paper that I handed out to the driver. We drove along an austere three-lane road, sided by two rows of leafless tall poplars. The car stopped in front of an imposing, modern gothic building painted in light blue and white. A glass door gave way to a marvelous, old wooden staircase that ran in a spiral along the wall of the building and creaked at every step. The staircase surrounded the glass column of the lift and when its doors opened, three blond faces in extra-small, small and medium size looked curiously at me. Their red-haired mother introduced me to the children, showed me around the house, the cat Mathilde (to whom I owed this lucky encounter), and my cozy room: a giant window overlooking the street, a bed, a desk, a bookshelf on three sides of the room with a mezzanine on top and a farm-like ladder to climb up to it. Under the children’s attentive eyes, I put my clothes in the white doll-size wardrobe. One of them gave me a drawing he had just made and we instantly became friends.

I have precious memories of those months. The rational design of the city, the friendliness of its people, the ease of doing things, the extreme simplicity of life. Some sort of subterranean order governed everything like a clock. The mornings began with the local newspaper on the table, a big jar of muesli, homemade jams, Schwartzbrot, butter and fresh milk. I learned about ecological choices decades before the word became mainstream. I carried a wooden basket with glass bottles to fill up at the milk dispenser in the local supermarket. I walked on the right-hand side of the pavement, away from the always-busy bike lanes. I sat at coffee shops with friends eating Bavarian-style Dampfnudel, discovered the untold pleasure of having a Biergarten a step away from home, and the ease of the evening Brotzeit. There were weekends in the countryside, barefoot children walking immense and peaceful cows back to the farm, strawberry picking on a sunny afternoon. One day, without any warning, something in my brain clicked and I began to understand when people spoke. The beauty of the German language, with its elegant structure, came over me like a wave. It sounded like bewitching music. I listened, and listened, and listened.

When I talked with Belinde Ruth Stieve the other day, her accent, her bluntness, and her silvery laugh brought me back to Germany and I felt a bout of melancholia for those long-gone days. I also felt empowered by Belinde’s story. Belinde Ruth Stieve is an actress and the founder of NEROPA™ – Neutral Roles Parity, a gender & diversity tool designed to increase the proportion of women and encourage diversity onscreen, on stage, in novels and games, and to sensitize and raise awareness among those involved. In the face of discrimination, Belinde proves there’s always something we can do, even if it’s just measuring its perimeter. And this, as she demonstrates, is no little feat.

Tell us about yourself and your story.

I am an actress. I used to do theatre, and then moved on to film and television.  When I got over 40, it was getting more and more difficult to find work. I had fewer projects and was also invited to significantly fewer auditions.
I mean, it wasn’t only that I didn’t get parts, there weren’t so many potential roles available anymore. When you asked casting directors, ‘what’s your new project, anything in it for me?’  and they said, “No, we’re only looking for women between 15 and 25, or over 70.” Then I thought, maybe they’re just using this as an excuse, but really they don’t want me, and that was when I started counting to find out.

What do you mean by “counting?”

You can read the complete interview on Stefania’s blog The Age Buster.